Cycling in Prince Albert: Get ready for the Swartberg100 Gran Fondo 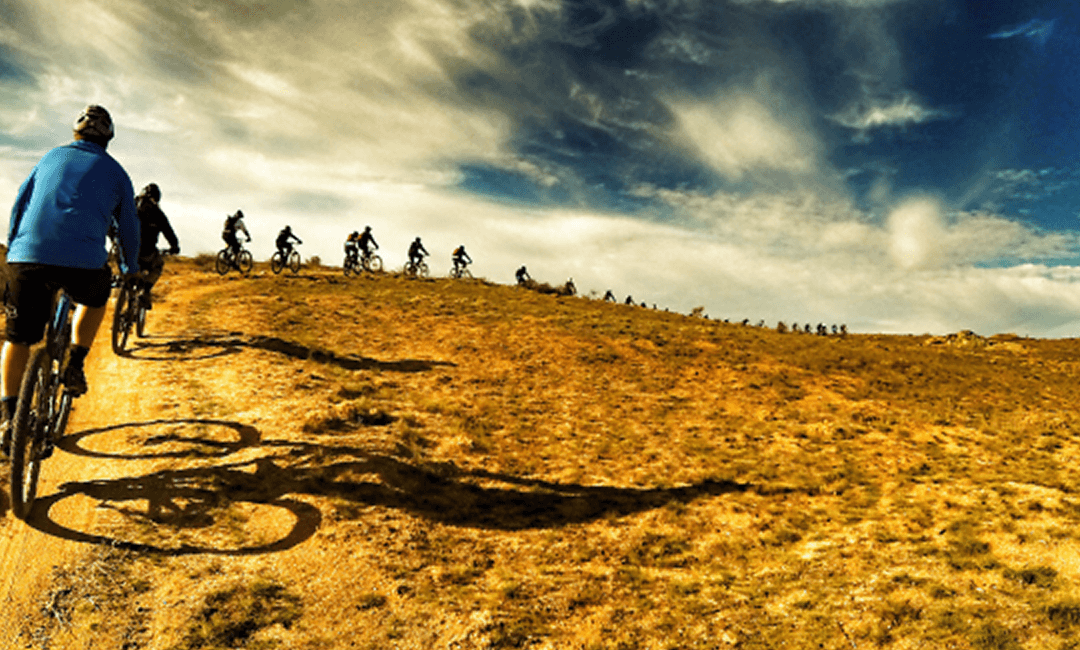 The charming little Karoo village of Prince Albert certainly deserves its reputation for being one of the most beautiful in the country. It is surrounded by wine farms, Karoo veld and olive groves. And, of course, the imposing Swartberg Mountain. No wonder it has become such a hit with cyclists.

In 2016 and 2018, the town played host to South Africa’s very own Swartberg 100Gran Fondo. Gran Fondo means ‘Big Ride or ‘Big Challenge’, and is known for always involving long distances with hectic climbs on difficult terrain consisting of cobblestones or gravel.

A Gran Fondo is usually between 120 and 200 kilometres long and involves 2000 to 4000 metres of climbing and includes a less demanding course for leisure riders. The difference today is that we have modern cycling technology at our disposal to better face the demanding terrain – a major leap from the days of lugging 16 kilogram bikes up relentless passes!

On Saturday, 27 April, Prince Albert will again play host to the Swartberg100 Gran Fondo, considered one of the toughest in the world in true Saffa tradition! It starts and ends in Prince Albert and consists of four different races to suit different riders’ needs and capabilities.

The Swartberg100 Gran Fondo starts and ends in Prince Albert. It covers 170 km of which there are 3 gravel sectors covering 79 km. The final, relentless climb of 28 km is over the gravelly Swartberg Pass, the last 9.8 km being on gravel with gradients of 16% in some places. The race starts at 07:00 and there is capacity for 750 riders.

The Medio Fondo can accommodate 300 riders and consists of 53.75 km with an ascent of 389 metres. An average rider will easily complete it in 2.5 hours. It is a great way to experience the Karoo landscape, with the route first heading out to the east of Prince Albert through farm lands, and at 29 kilometres there is a waterstop before turning left onto the Vrisgewaagd farm from where it winds into more desert-like conditions. The route finally takes one back into the Swartberg foothills, with another waterstop at 43 kilometres and returns to the town.

The third race is called The Staffetta, which is Italian for relay race and can accommodate 150 teams. It follows the route of the Gran Fondo and is divided into the Rouleur and the Grimpeur stages. A rouleur, in cycling, is a rider who goes well on the flat and rolling terrain, while a grimpeur (in cycling) is a climbing specialist. The rouleur rider will start in Prince Albert and ‘hand over the baton’ – as it were – to the grimpeur rider halfway in the pretty town of De Rust, who will go on to the complete the race by returning to Prince Albert.

The e-Fondo is a little bit different. It is tailored exclusively for e-bikes, which are defined by the fact that they are pedal-assisted by means of an electric motor. Sporting capacity for a limit 300 riders, the e-Fondo starts in Prince Albert and climbs the southern side of Swartberg Pass for 65 km with 1900 m of climbing. There is a water point near the summit from where riders descend to Kobus se Gat restaurant at the turnaround point. Depending on whether you are racing or riding at leisure, you can stop and have a quick refreshment.