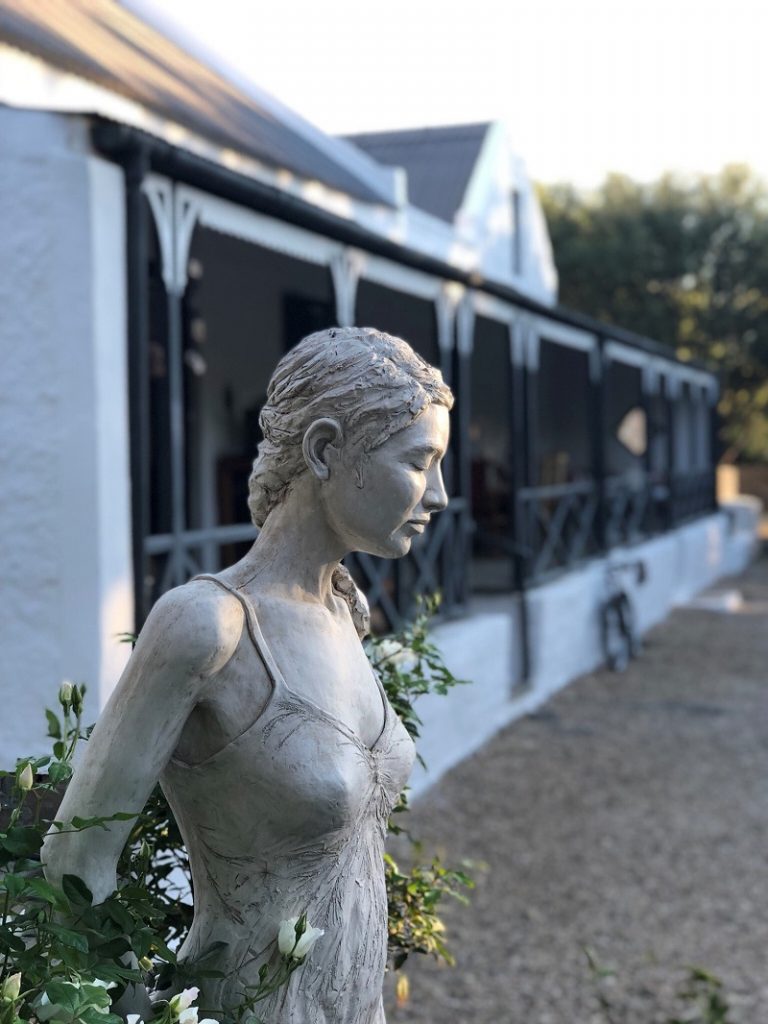 Dennehof Guesthouse is one of the oldest guesthouses in Prince Albert. Built in 1835 on part of the fertile Kweekvallei farm for old Zacharias de Beer’s granddaughter on her marriage, this sturdy two roomed farmhouses (as it was then) conformed to a style popular in this part of the country in those early pioneering days. Near the main house were a barn, some sheds and several smaller outbuildings and a diary, but set apart from the main cluster of building was another barn whose purpose was reserved to produce vinegar and brandy – and of wit BLits. Two rooms were clearly inadequate for a growing family and the main building was extended to accommodate and inside kitchen and living room. More rooms were added, and the final touch was the long veranda, which lends the old farmhouse its aura of stately elegance. Large and productive, the farm itself was ideal for planting vineyards and many other types of fruit, and over the years it came to be regarded as a as a model of efficiency. The name “Dennehof” means “Pine Garden” of “Pine Place”, but none of the original pines remains and, in their place,, are varieties of cypress. It is fortunate too that many old features remain, including the wood burning stoves, and the outsides of the buildings have been carefully painted to evoke the original colour scheme. With a clear vision for the future combined with sensitivity to the historical and architectural significance of Dennehof, the present owner Lindsay and Ria Steyn have forced the pace with further exciting renovations and extensions. The dam and windmill have been repaired and the magnificent old gardens, now under borehole irrigation, have been restored and enlarged. Declared a national monument in 1997, Dennehof was the first guest house in Prince Albert to be accredited by the South African tourism authorities and it has since been awarded four stars by the Tourism grading council. So, successful has the restorations of this historic farmstead been that it has not only won the prestigious Simon van der Stel foundations award for conservation, but more importantly it has also been preserved for the enjoyment of future generations. We currently have eight en suite bedrooms, all individually decorated to ensure we stay in touch with the style of the room. We pride ourselves on ensuring there is beauty in every room.