A hidden valley, deep in the heart of the formidable Swartberg Mountain Range.

Gamkaskloof or Die Hell as it has become known, is a hidden valley, deep in the heart of the formidable Swartberg Mountain Range. The fertile valley runs in an east-west direction and is approximately 20 km long and 600m wide.

In the early 1800’s farmers discovered this fertile valley and settled a number of farms. A small population grew in the valley – about 160 people at its largest.

The community farmed grain vegetables, fruits, tea and tobacco, along with distilling Witblits and brewing beer made from wild honey. The residents used donkeys and walked across the Swartberg mountains to reach Prince Albert and Calitzdorp were they sold their produce. The dried fruit from his valley was highly sought after.

The residents had petitioned the government for many years to build a road into the valley. Eventually in 1962 a road was completed which led to the depopulation of the community. The children attended high school in the nearby towns and most of them did not return to the subsistence life in the valley. The elderly retired to retirement villages outside the valley and the number of residents diminished until all, but one person sold their homes to the Western Cape Nature Conservation Board in 1991.

The valley was declared a national monument in 1997 and was included into the Swartberg Nature Reserve. Subsequently the cottages in the valley have been renovated and equipped with solar power and bathrooms. These cottages can be booked through Cape Nature.

Access to Gamkaskloof is along a gravel road that turns off the Swartberg Pass between Die Top and Teeberg – it is well sign-posted. Gamkaskloof lies 50km from the turn off. The route is unparalleled for its natural beauty. The fynbos with its proteas draws visitors.

Due to the rugged condition of the road this stretch can not be driven in less than 2 hours. Visitors should allow extra time for stops. At the end of the 50km gravel road, the descent into Gamkaskloof is along the steep Elands Pass. The road is a dead end and there is not through road to Laingsburg. There is no fuel available in Gamkaskloof, no electricity and no cell phone reception. 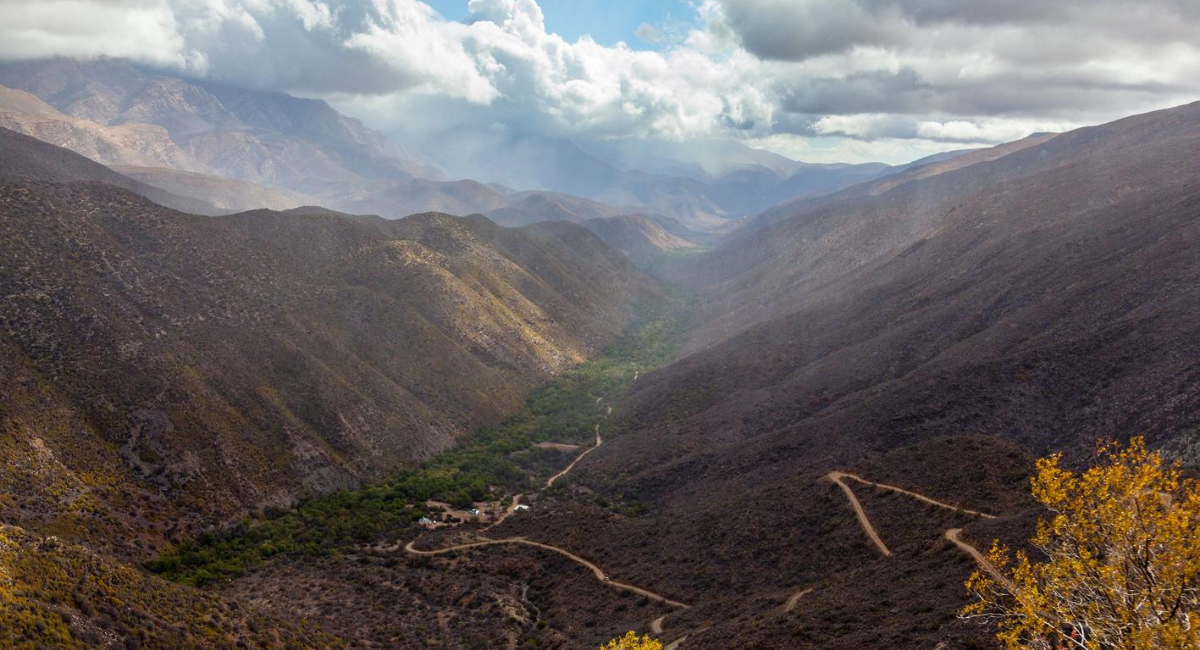